Bali or London? Lotto Ash music video for his new song Que Sera, looks like a tropical destination, especially around the pool that the Aquabatix team performed several eye capturing formations in for the new video. 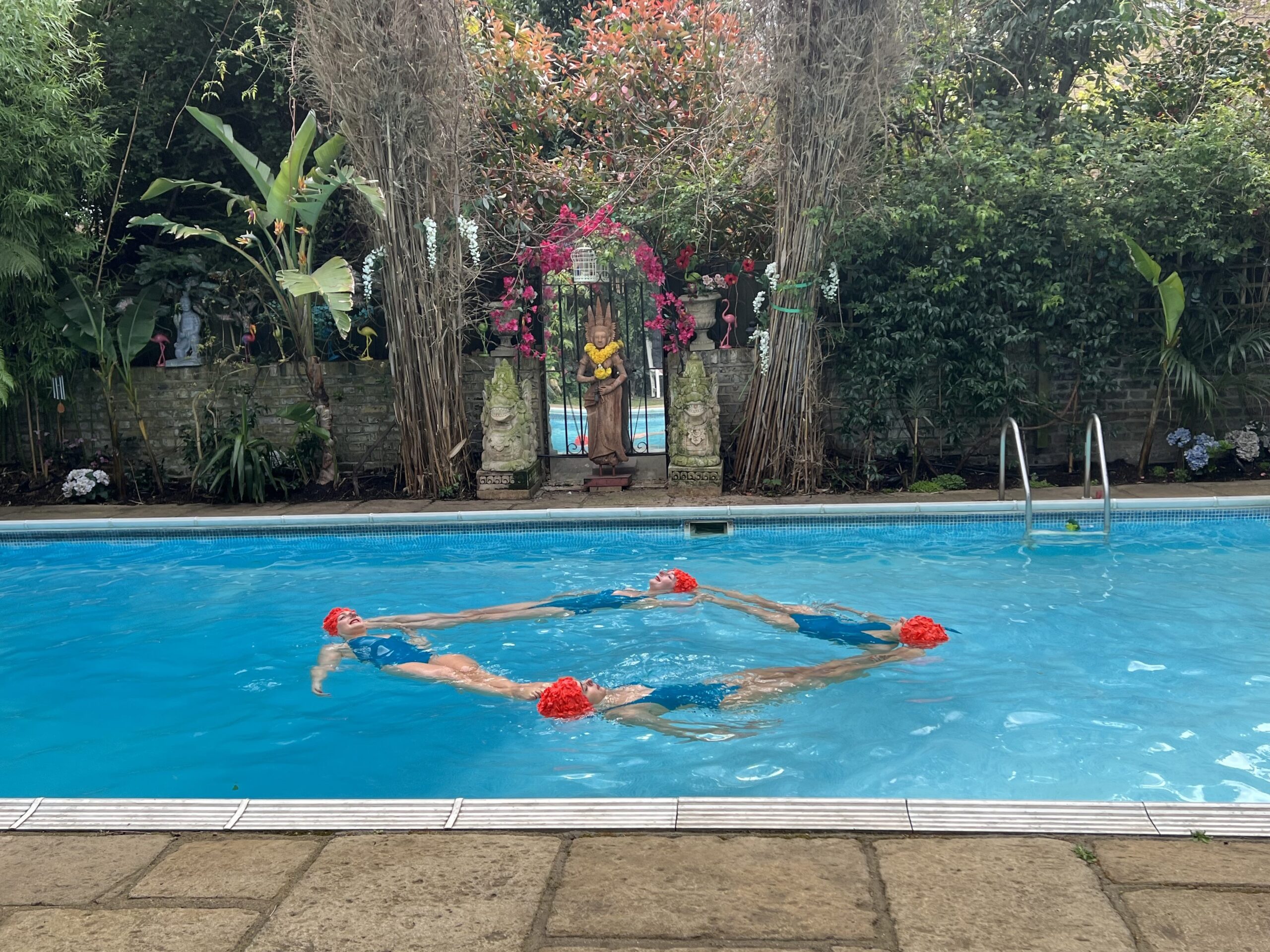 However, the whole video was filmed in a private residence in London’s Earls Court, on a cold April day.

The outdoor pool was surrounded by luscious green plants and Buddha like statues. Aquabatix was sent the mood board prior to the video, and created several formation ideas for the video, that would look stunning from a drone shot above the swimmers.
Four Aquabatix synchronised swimmers performed the aquatic choreography, in a pool not much warmer than 18 degrees Celsius. Ever the professionals, despite the cold water, the team pulled off several sequences for the shots, dressed in elegant blue halterneck swimsuits and pink flowery caps. Notice was only given 24 hours prior to the shoot, and Aquabatix pulled together a local team of synchronised swimmers in London and created the choreography all within that time. 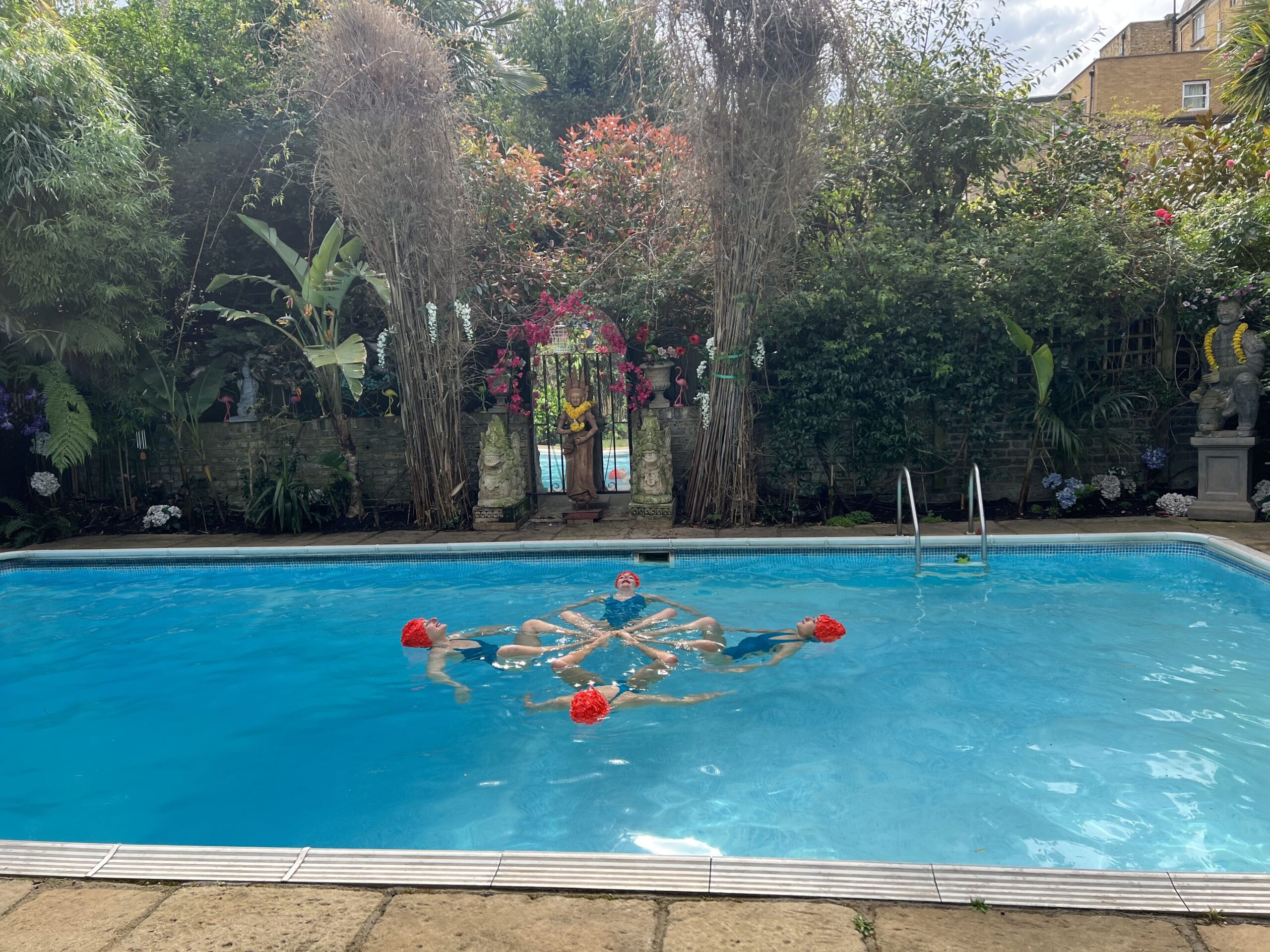 The new Lotto Ash song Que Sera has the smooth vibe of some of the 90’s RnB classics, which Aquabatix choreographed the formations with that in mind. 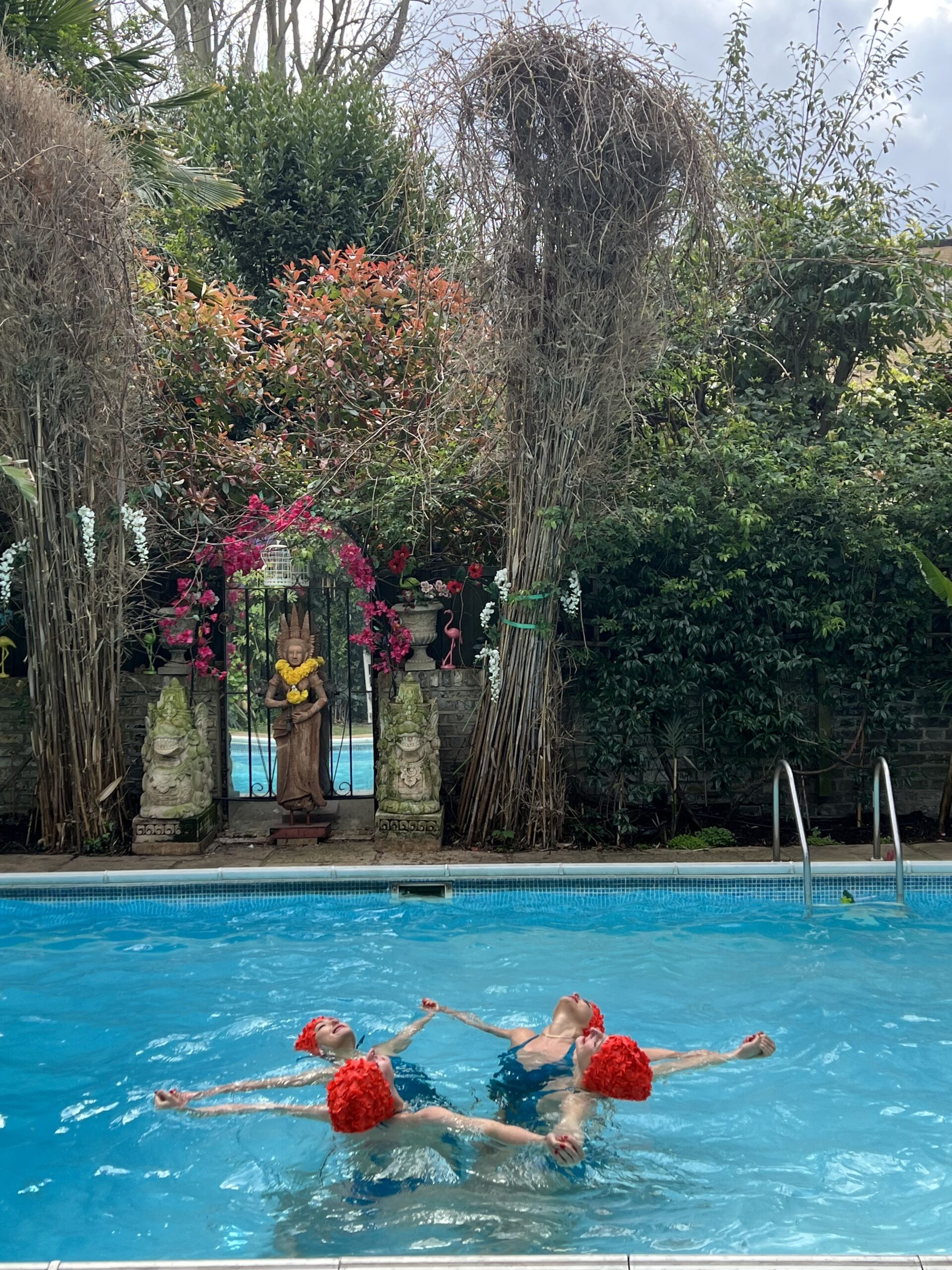