Underwater models for advertising and film 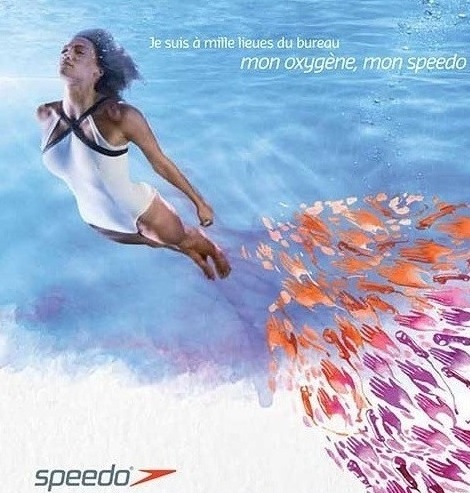 Aquabatix Execution: More and more productions such as film and advertising are using beautiful shot underwater scenes to captivate their audience with, and to help create this imagery, professional underwater models are often used, such as those from Aquabatix. 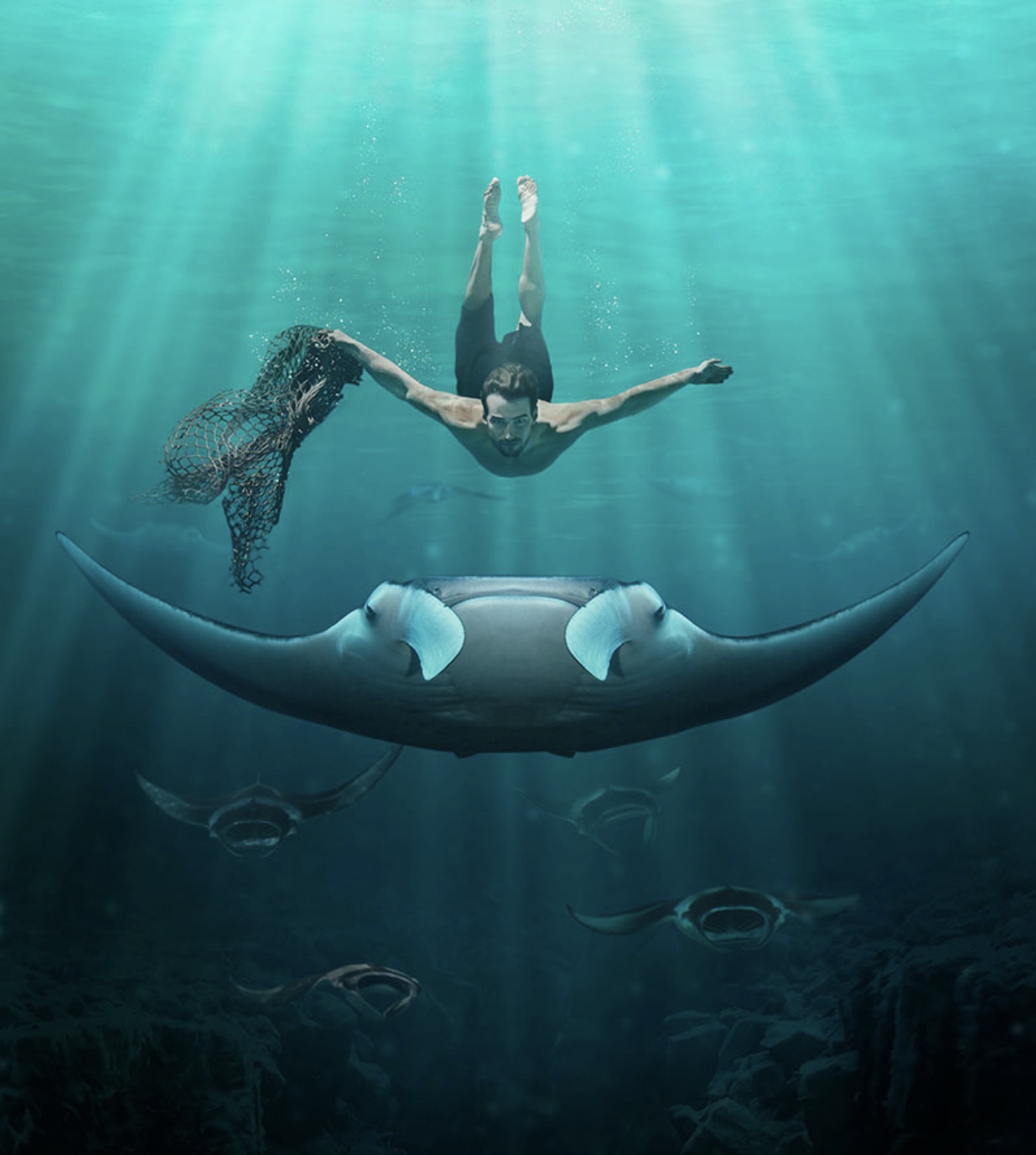 Underwater scenes are some of the most difficult to do shoot logistically, with lighting, communication, ability for the actors and models to stay in water for long periods of time and camera adjustments with professional underwater camera people. Filming tanks are often used and several are opening up. Pinewood have long had their U stage, and The Underwater Studio in Basildon their filming tank, but now filming tanks are appearing elsewhere with the inside and exteriors tanks at the Warner Brothers studio in the UK, Under The Water Media have a tank in Croydon and Aquatic Impact have a portable filming tank. Elsewhere big water tanks across Europe such as Nu Boyana in Bulgaria and Malta Film Studios have a lot of Hollywood films using them and of course there are water tanks in some of the larger studios in and around Los Angeles, California, making underwater filming more accessible. 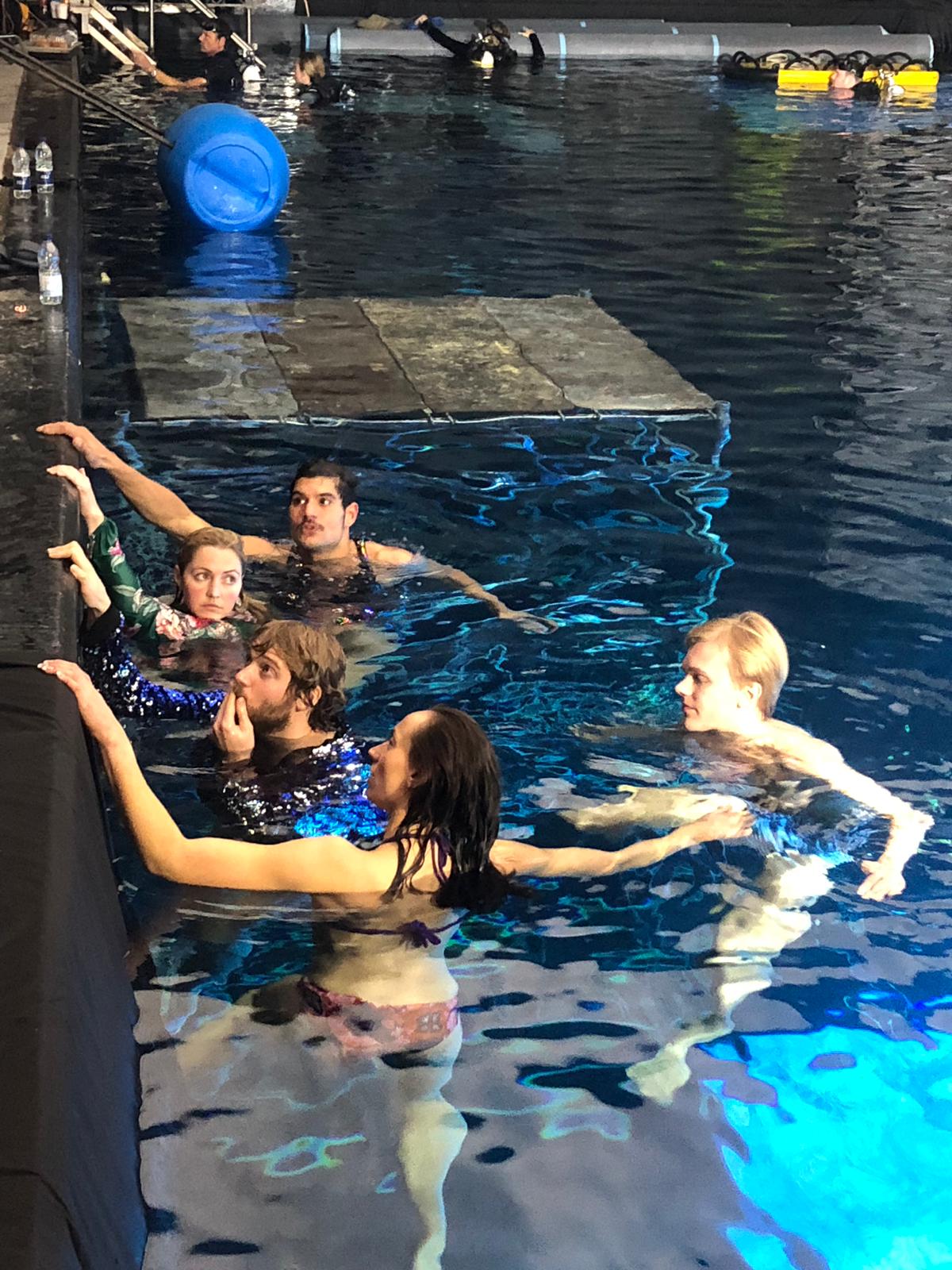 Those creating the movement, poses and action underwater need to be underwater professionals. Synchronised swimmers, free divers, swimmers and divers all have a great awareness of movement underwater and how to pose. Most of all they are training to stay in water for long periods of time, which helps on a shoot rather than keep resting, and many have great breathold too. The artists are used to being in deep water and know their bearings well under there as well as taking direction easily. Therefore the Director and crew can concentrate on the logistics and have the time to spend on the creativity rather than worry about those in the water being tired, scared, unfamiliar and costing the production a lot more money by holding up filming. 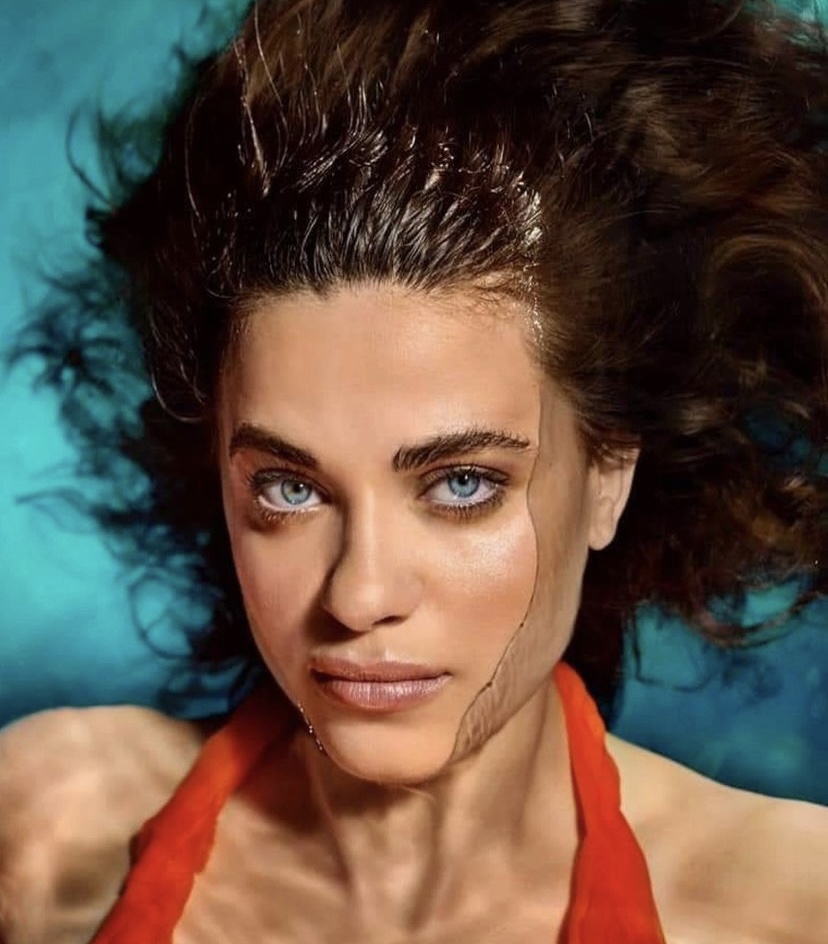 Several examples of how professional Aquabatix underwater models have helped to create spectacular underwater imagery are:

Rocketman: Filmed at U stage in Pinewood. Six underwater models from Aquabatix were cast to create beautiful and serene underwater movement in a ‘dream’ sequence. They could all dive and jump stylishly into deep water, move upside down, around and interact where needed, then swim down deep to the actor Taron Egerton who was underwater playing Elton John. They had to also pick Taron off the floor and swim up to the surface with him. Flip to the pool scene where the six Aquabatix artists are shown rescuing ‘Elton’ and acting on top of the water. The male and female artists included 5 synchronsied swimmers and one diver, with the choreography by Adam Murray and the Aquabatix artists together. Dan Wooton, The Sun’ said “The underwater sequence during the title song, following Elton’s suicide attempt somehow becomes beautiful, with astounding choreography”.

Ford recently tipped pickup truck advertising on its head, and created a 1.30 short film shot mainly in the water. Using one of Aquabatix’s synchronised swimmers and an Aquabatix free diver, the underwater models moved serenely in the water, creating various movement and shapes filmed in a tank, as well as swimming in a real lake, all looking like it is lit by pick up trucks. The trucks then move in a serene way out of the formation. The piece was filmed over 6 days in Romania with the underwater models working every day either in a tank or cold lake. At no point could they ever tire. Produced by AMV BBDO, they stated they wanted to “make it stand apart from other pick up trucks”. 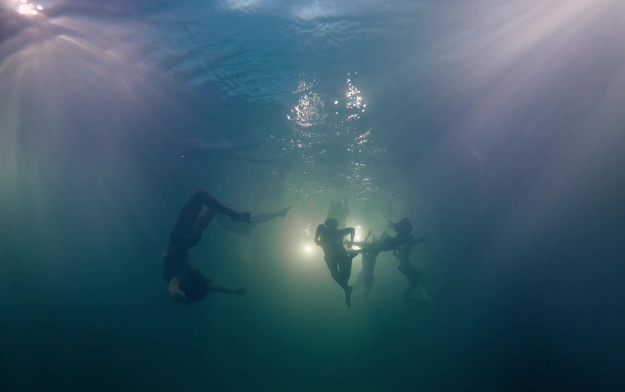 Intel; Behind The Brains Campaign

When Intel hired ASL Productions for their new ‘Behind The Brains’ campaign to visualise synchronous and asynchronous movement, the creative team at ASL realised it would be perfectly explained by synchronized swimmers with their grace in formations and also as underwater models in individual movement. . Intel are on the verge of making big breakthroughs in neuromorphic and quantum computing and wanted video content to explain and promote these leaps in computing science. The brief was to make this visually captivating and digestible for a mass audience. Here is where the Aquabatix synchronized swimmers in Los Angeles jumped in.

The choreographed synchronised formations, by Aquabatix Los Angeles synchronized swimming choreographer Valerie Williams,  represented a metaphor for traditional computing, each move dictated by the previous action. The individual improvised underwater movement, again developed by Aquabatix’s Los Angeles underwater movement Director Val along with the synchronized swimmers,  represented neuromorphic computing as each move was instinctive and only made based of intuition and the action around them. 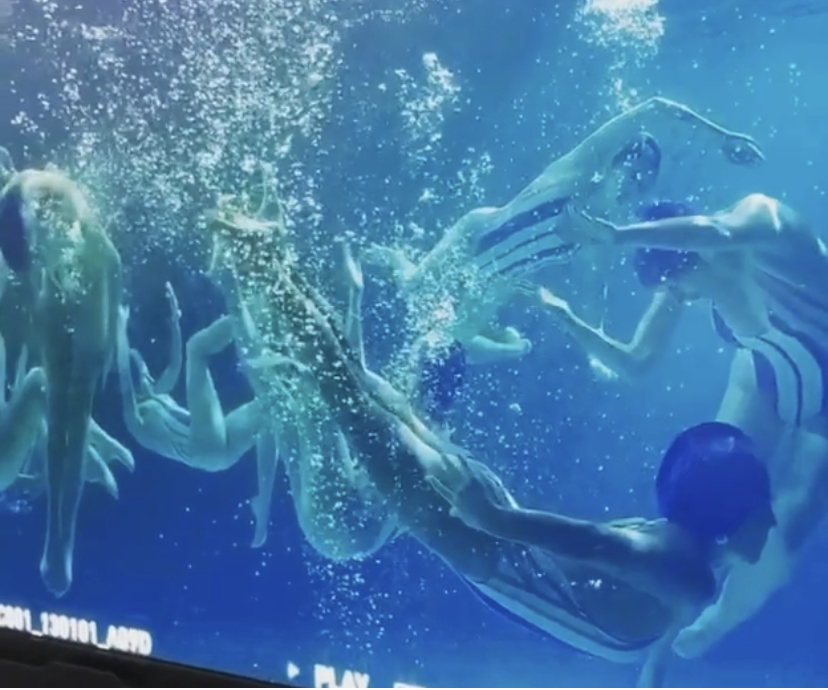 Many times an Aquabatix underwater model features not only under the water for a campaign but also in the dry shots as well. This was the case for the Templespa advertising campaign. Templespa wanted a model who could move freely and elegantly in the water to feature in their ‘Most Revealing’ campaign. 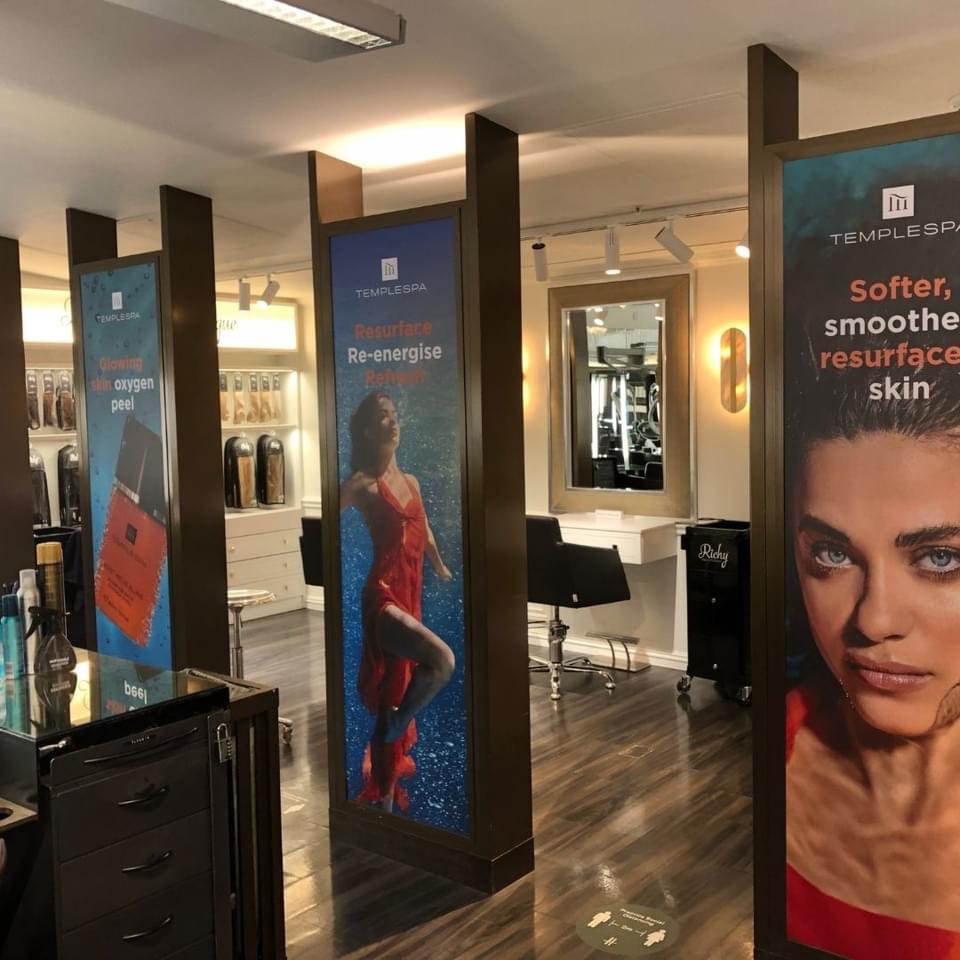 The Aquabatix model was filmed elegantly moving underwater as well as trying out the beauty product on her face. The stills and video featured also appeared in Harrods on display by the product but also on a digital screen by the elevators. Producer Sam Orams of Kindred Comms said “ We had an amazing shoot, Gen was a dream to work with”. 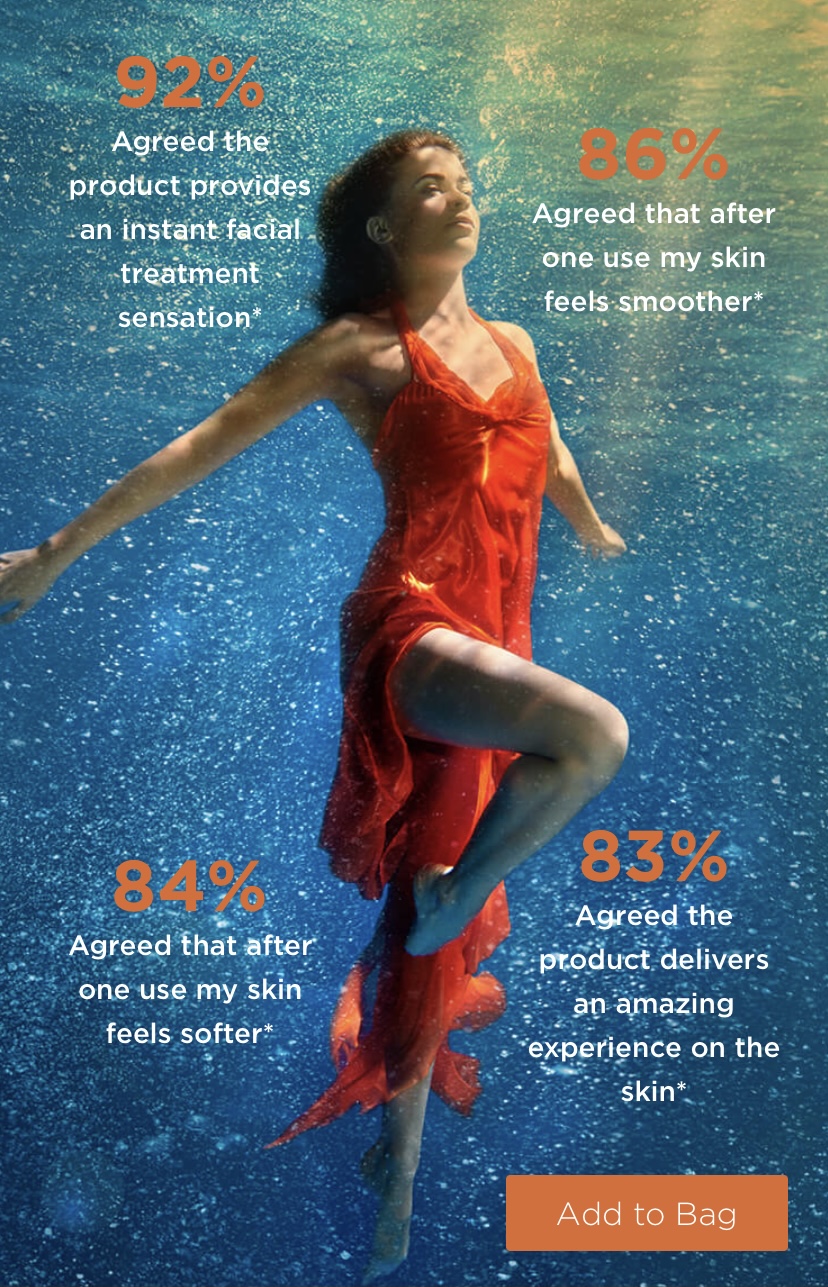 To make your underwater production go swimmingly, get in contact with us today to feature one of the Aquabatix underwater models info@aquabatix.com