Aquabatix Execution: Aquabatix has long been the world’s leading water entertainment company, creating and producing aquatic shows and productions globally for clients such as Chanel, Rolls Royce, Disney, Omega, BMW, Stella McCartney and Jumeriah. Based out of London and LA, Aquabatix prides itself on its high standard of performers, with most being former Olympians and international representatives in various aquatic disciplines such as synchronized swimming, free diving, swimming and diving. There are of course many aquatic performers all over the world, however Aquabatix is extremely specific in their standard of water entertainment performer to provide the client with an aquatic show of the highest calibre. 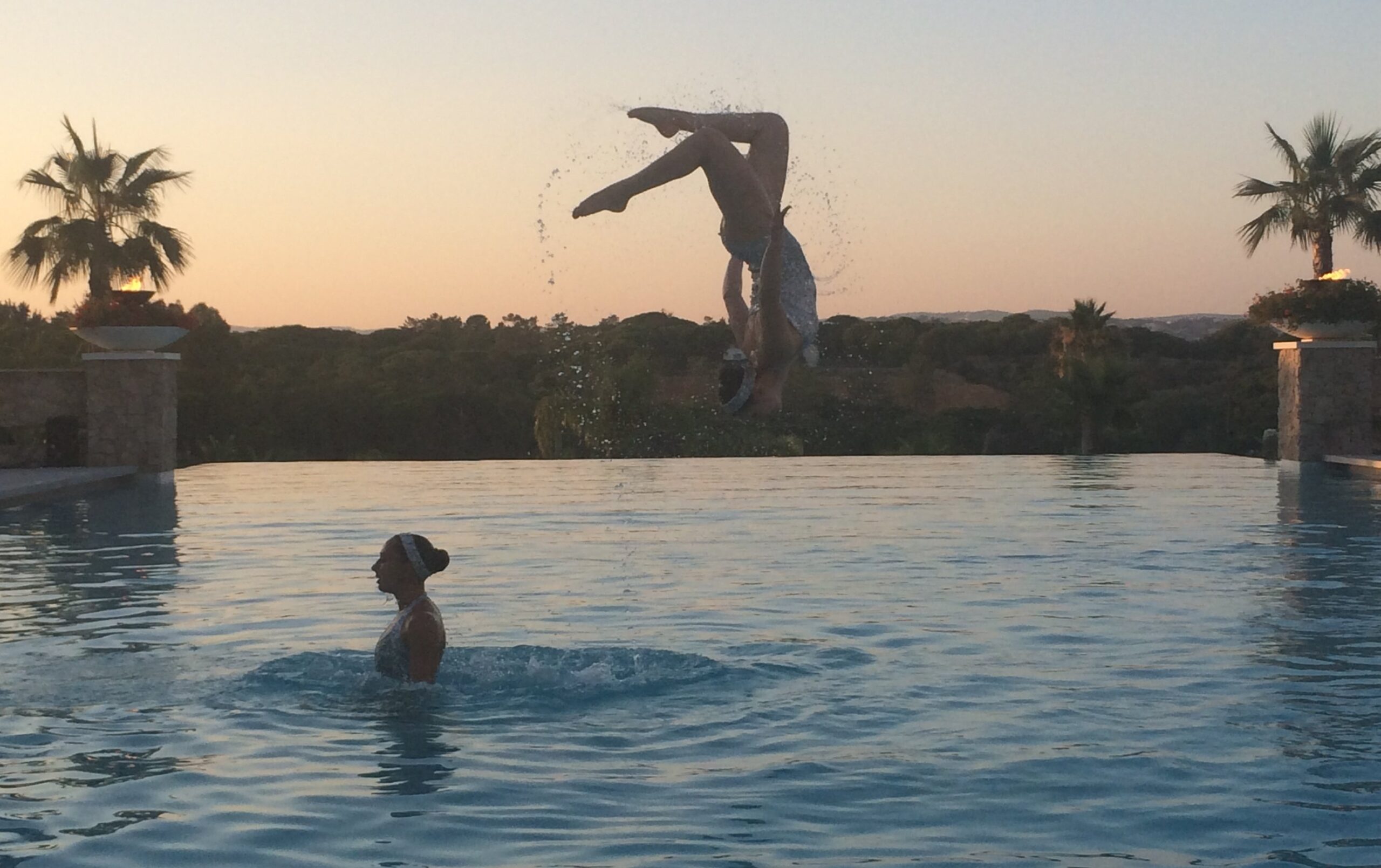 Aquabatix has been performing exclusive water shows in the Middle East region since 2012. From an underwater residency show at Yas Waterworld for three years, to several high end events and pool parties for private clients that required showstopping entertainment of the very best in the world.  From the launch of the luxury Burj Al Arab terrace pool requiring media attention and a show fit for a Sheikh, to the 5th anniversary of the glamourous Palazzo Versace hotel, to private parties in the Seychelles, Aquabatix was on hand to produce the goods. With easily affordable travel for high end corporate and private clients, between London and several other EU countries where Aquabatix has top water performers, to the UAE, Qatar, Saudi Arabia and Middle East Region, Aquabatix makes it easy for accessible top flight water entertainment.

Launch of the Burj Al Arab Terrace; The Aquabatix synchronised swimmers jumped at the opportunity to perform in front Sheikh Mohammed Bin Rashid Al Maktoum and 500 guests at the opening of The Terrace in the Persian Gulf at the world’s only seven star hotel, Burj Al Arab Jumeirah. See a short clip here of the opening event. 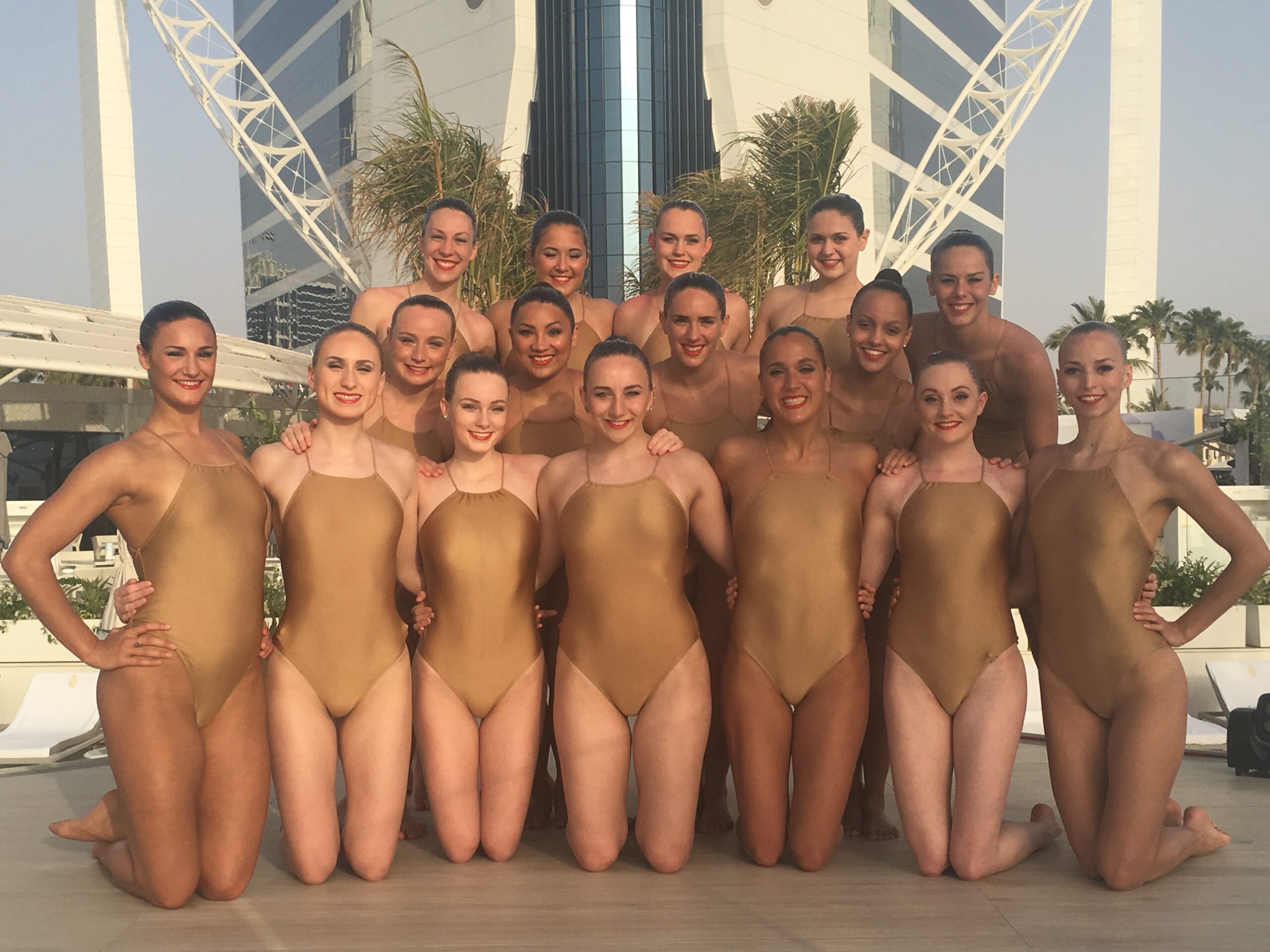 Dubai’s most iconic building stands tall in the sea and now accommodates a terrace with three swimming pools as well as a restaurant, cabanas and a beach with 1,000 tonnes of white sand. Aquabatix were asked to create a six minute bespoke performance with 16 synchronised swimmers, eight at each end of the large freshwater pool. Performing alongside a team of dancers to live music from a female singer, the team created a unique spectacle fitting for such a prestigious event that was very well received by all the guests and featured in all the press releases after the event.

Palazzo Versace 5th year anniversary; The Palazzo Versace hotel in Dubai went all out with their celebrations for their 5th anniversary, including dancers, flyboarding, pianists and of course water entertainment from Aquabatix.

link to you tube clip

High end entertainment agency, La Cle Entertainment, who work closely with all the luxury brands and hotels in Dubai and the UAE, thought Aquabatix would excel as entertainment for this event, due to most of the entertainment taking place in the Palazzo Versace statement pool which overlooks the Dubai Creek. Glamour, perfection and elegance was the name of the game, so Aquabatix rose to the occasion with several water acts. As guests arrived, Aquabatix provided an ambient performance by their elegant mermaids, who interacted with the guests and magically made their way around the beautiful pool, flipping their fins and creating stunning shapes and movements with their tails. Then Aquabatix performed one of their ‘wow factor’ team routines, with high flips and somersaults, pretty aquatic formations and excellent synchronised movements together in the pool to Frank Sinatra’s “Come Fly With Me”. The crowd all gathered around, trying to capture the moment on their phones and applauding. Then to finish off the entertainment at the pool, the Aquabatix synchronised swimmers dived in, in a stunning cadence action to perform incredible solo performances to the popular Duo Lia track ‘Don’t Start Now’.Aquabatix were “the talk of the show” for the Palazzo Versace luxury hotel 5th anniversary in Dubai, states Sherin Al Alami from La Cle Entertainment when she spoke with the hotel after the event. 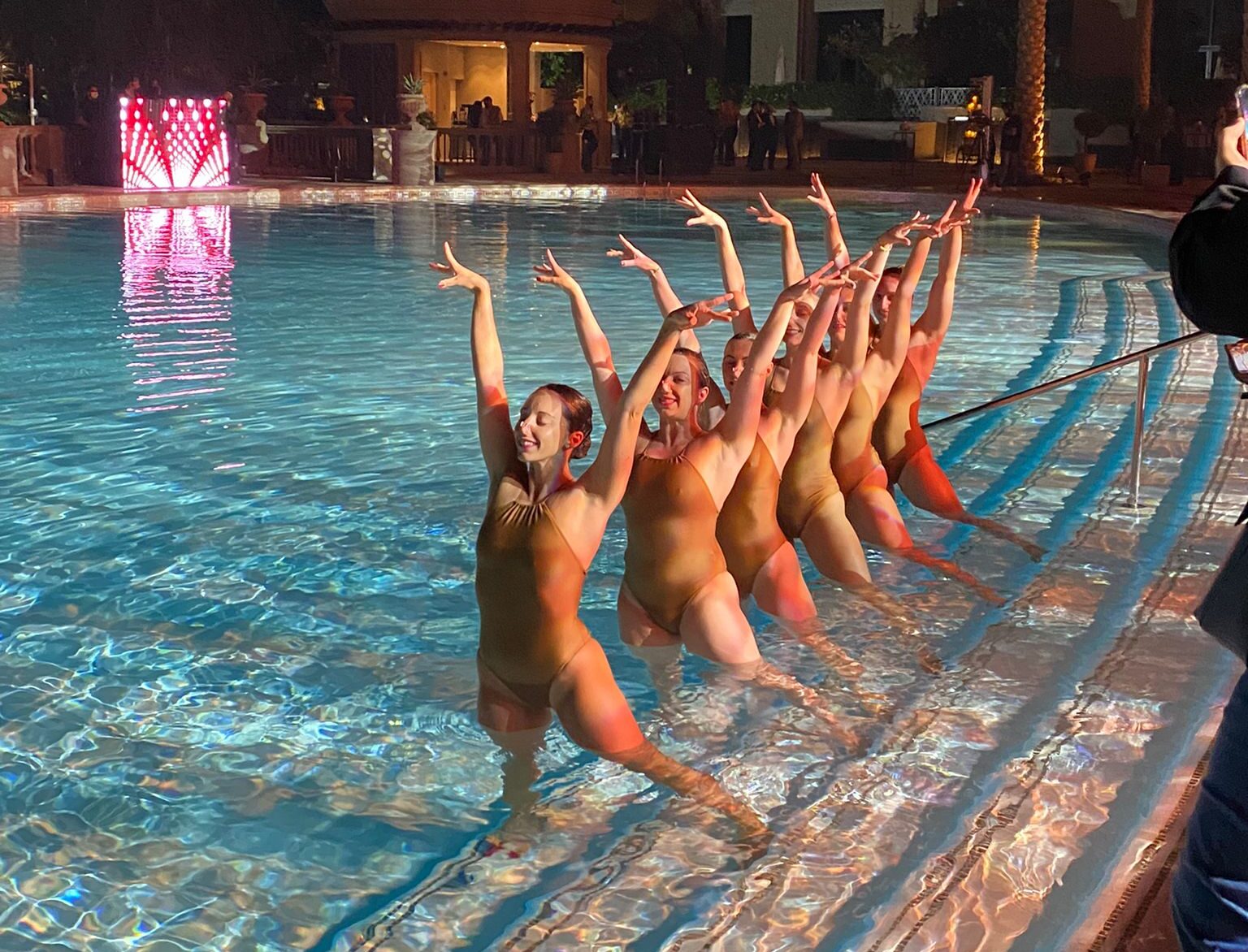 Yas Waterworld, the largest waterpark in the Abu Dhabi is spread over 15 hectares and features thrilling rides, slides and has a purpose built glass tank in the centre of the park.

The ultimate aim of the show was to provide something exciting and new to increase footfall to the area where pearl diving experiences and merchandise were being sold. The previous show was failing and audiences were standing up and walking away so Aquabatix and The Business Creative had to turn this around to make this an entertainment area that would draw in the crowds on a daily basis. Together with The Business Creative, Aquabatix choreographed an unforgettable show designed around the theme of pearl diving; a strong tradition in the Middle East. The show attracted huge crowds from the very first day.

The complex initially called on Aquabatix underwater artists to perform daily on a two-week trial basis. However, it was clear that just after a fortnight of packed-out shows, the talented troupe would be staying in Abu Dhabi a lot longer. 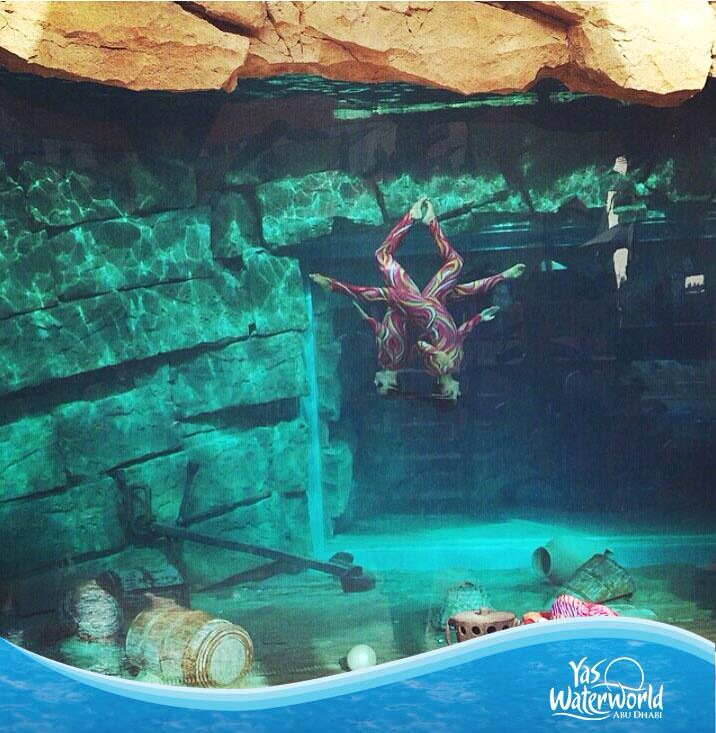 “The Business Creative’ was thrilled to be asked to produce this ‘first-of-it’s-kind’ show for Yas Waterworld and teaming up with Aquabatix for the synchronised swimming aspect has been a dream. Their skill, versatility and attention to detail is second to none. We are extremely excited about the production as a whole and really proud to be working with such experts in their field. We look forward to working together much more in the future”.

Aquabatix has produced bespoke water entertainment shows for several high end private clients in the Middle East region including locations such as The Seychelles, The UAE and Beirut. We bring the every best performers to your pool party to wow your guests. We respect the upmost confidentiality amongst our private clients. We also produce mermaid shows and run interactive one off synchronised swimming taster lessons for children and adults alike for those looking for a more immersive pool party experience.

For more information on how Aquabatix can make a splash at your next high end event in the Middle East please contact us info@aquabatix.com