Ringing in 2018, with the backdrop of one of the greatest city’s in the world, Aquabatix entertained the guests in the rooftop pool of London’s newest luxury hotel, The Ned, during their big new year’s eve celebrations. 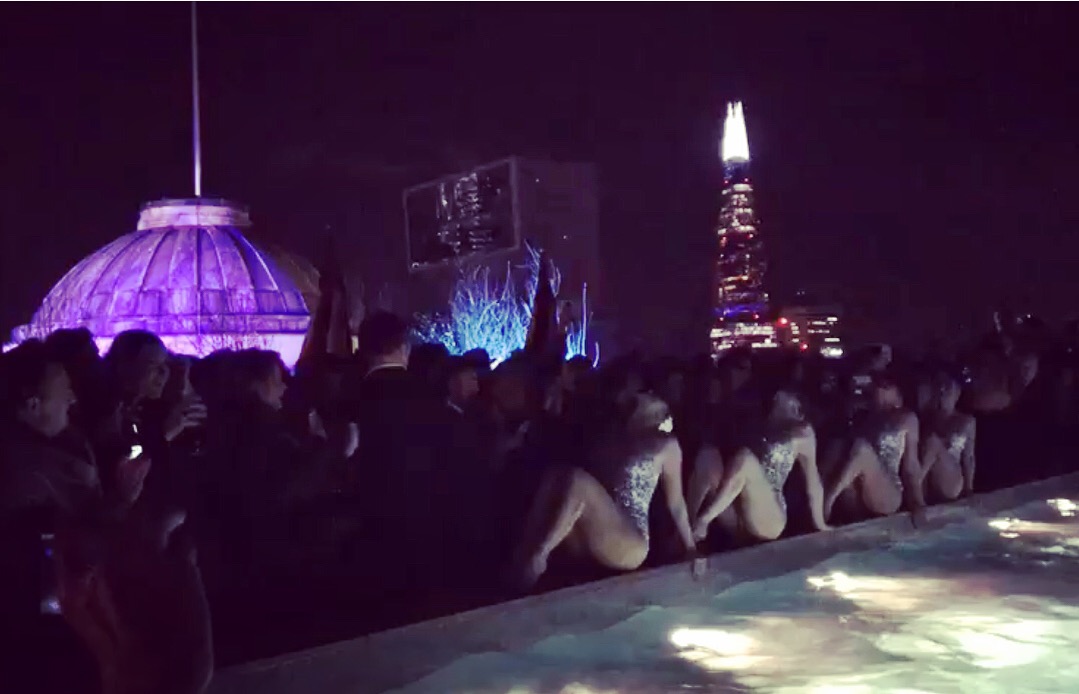 Aquabatix kicked off the rooftop entertainment performing as mermaids, whilst the guests arrived. The mermaids performed in the and under the water of the infinity pool, drawing the crowd over to that area of the rooftop. 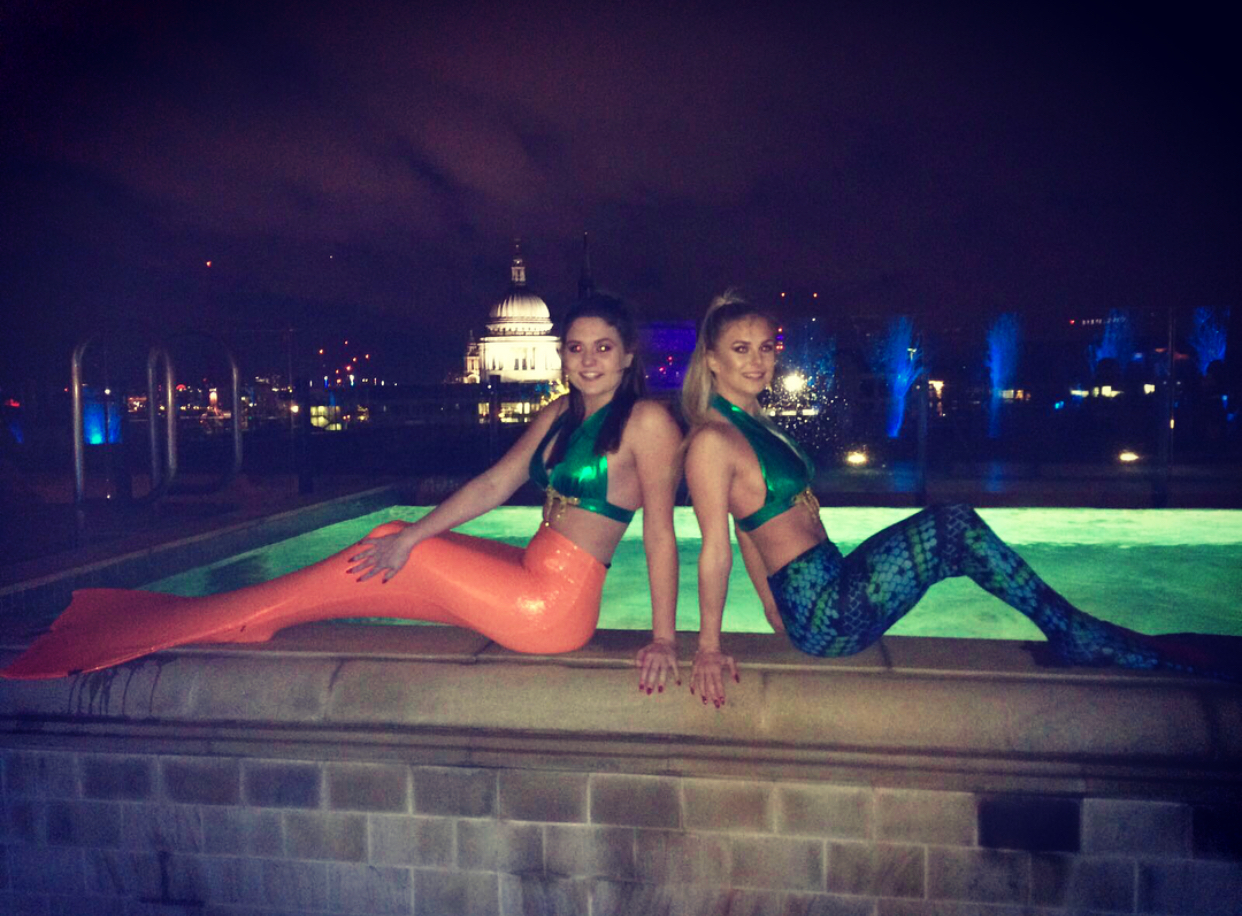 Later on, just prior to midnight, Aquabatix helped get the partygoers at The Ned out onto the open roof in preparation for the midnight fireworks by performing a dynamic routine to Beyonce’s Crazy in Love. The guests all gathered around the pool area cheering the synchronised swimmers on. Just as the girls finished performing, midnight struck, and the fireworks lit up the sky up over St Pauls in the background. Aquabatix had the best view in the house of the London fireworks from the infinity pool! 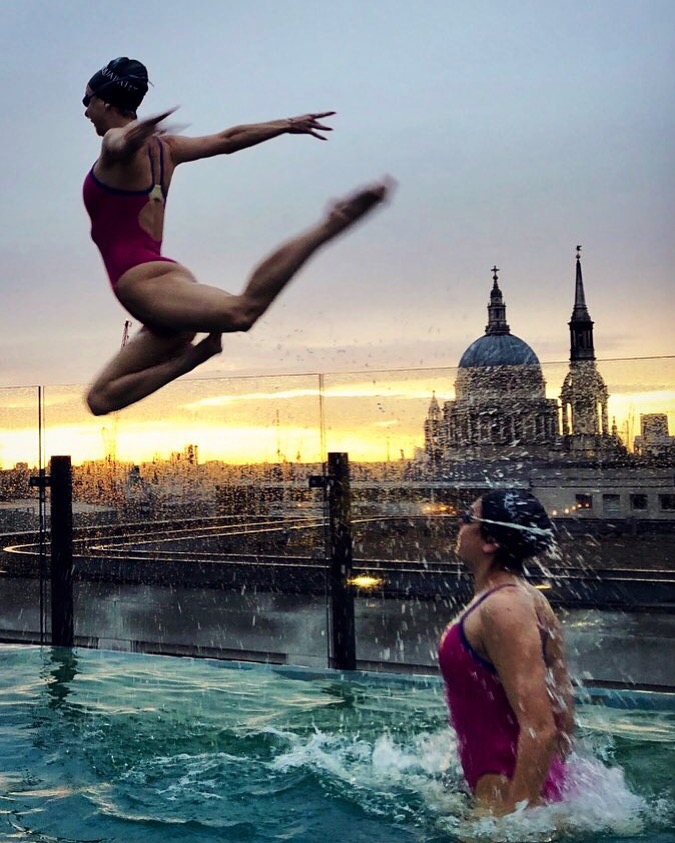 Aquabatix in rehearsals at The Ned

Earlier in the day, Aquabatix rehearsed at the venue, practising their dynamic airborne lifts, whilst the sun set behind St Pauls. The Ned offers some of the best views in London, with the Shard and the city of London in view from their roof.