Brief: To create a realistic synchronised swimming performance in a paddling pool with two actors. Aquabatix was heavily involved in bringing the Gala Bingo Paddle Pals commercial to life. The vision for the Paddle Pals advert, was a young lady and her grandma in the paddling pool in their back garden. They get lost in a world of synchronised swimming, performing their own creative routine. How was the production company, Outsider and creative agency, Antidote, going to achieve this with two actors? With the help of Aquabatix of course! 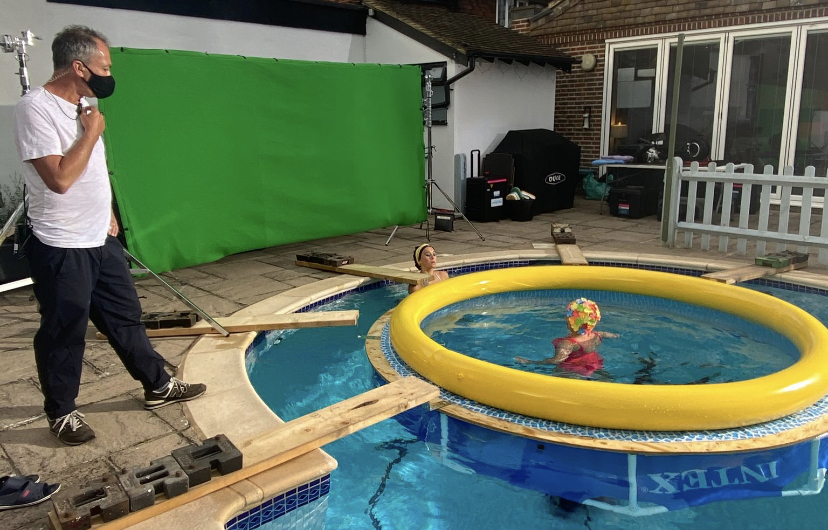 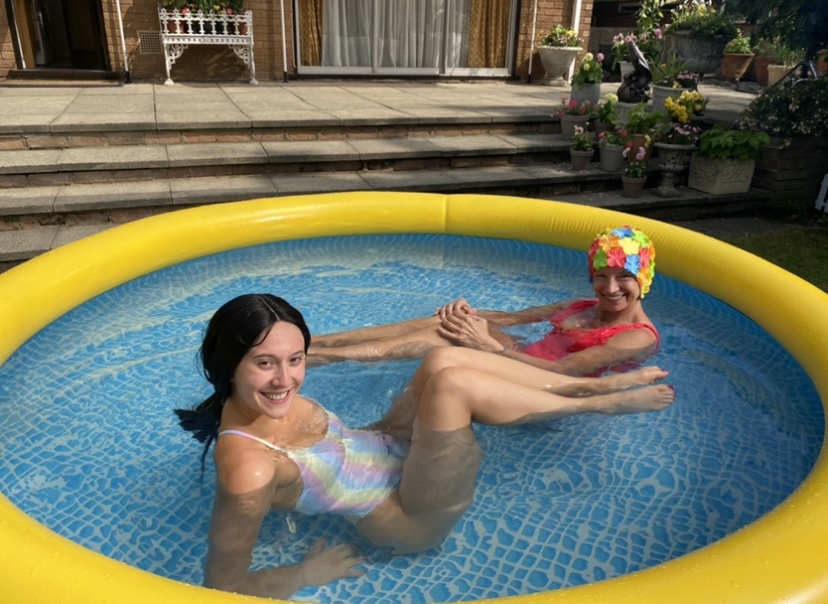 With only one day of rehearsals, the Aquabatix choreographer and synchronised swimmers set about to create the moves for the paddling pool. With camera trickery, a normal garden pool was also used for some of the deeper required work, with a paddling pool boundary set around it as well, whilst other moves were created to fit the size and depth of the paddling pool. This included the two lying out on their sides to form a linked up position. The ‘armography” was choreographed so that the actors would be able to pick up the moves easily too. The Aquabatix choreographer, Adele, worked closely with the Director, Chris Balmond and Creative Director Tim Ashton, to achieve his brief, having had several pre shoot meetings and also inputted with ideas to try on the rehearsal day. 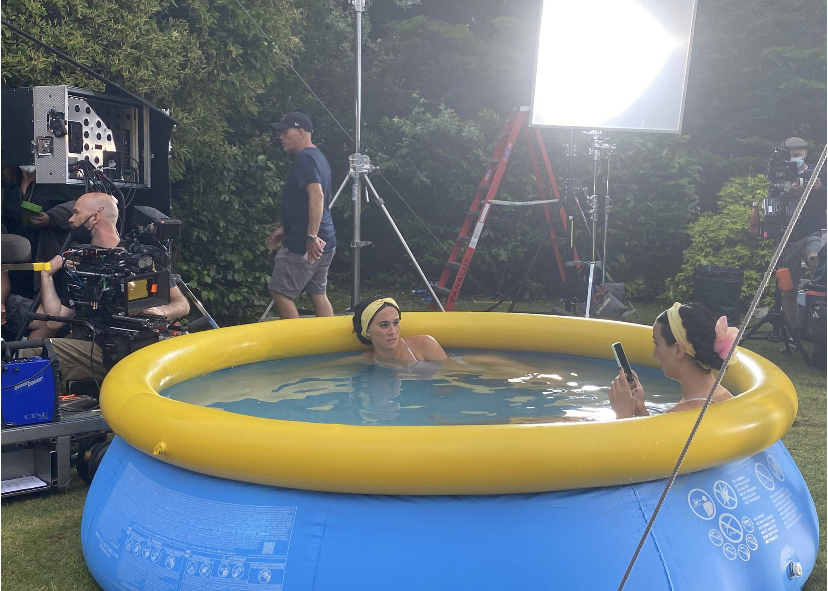 On the day of the shoot, the body doubles were made up to look exactly like the actors, whilst Aquabatix choreographer Adele, took the actresses through their paces learning the ‘armography’ and also teaching them how to float in the paddling pool for a couple of moves. Then the professional Aquabatix swimmers took over, performing the harder moves in the paddling pool, before heading over to the garden swimming pool for those deeper moves and the underwater shots, filmed by renowned underwater cameraman Zac Macaulay, who Aquabatix has worked with on numerous occasions. 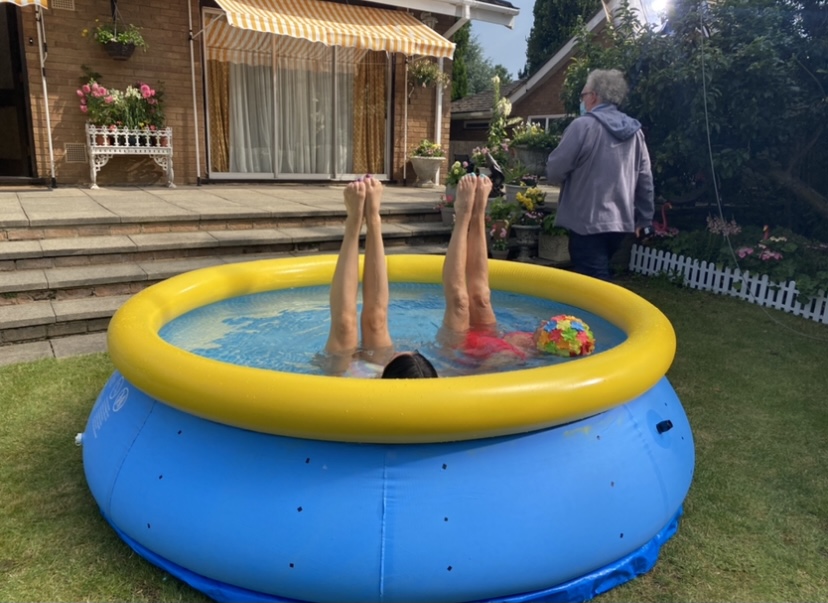 Gala Bingo, filmed four commercials to relaunch their Bingo Like A Boss campaign and released the Paddle Pals advert first. They coincidently launched the advert on the same day as the artistic swimming competition started at the Tokyo 2020 Olympics, August 20th 2021. For Aquabatix to help with your underwater movement, water choreography and body doubles and underwater productions, contact us today on info@aquabatix.com. We are located both in London and LA.