Recently named as one of the best acts EVER to appear on Britain’s Got Talent during its ten year history, we thought we would take a break from the tank to look back at what’s been happening since the synchronised swimming sensations made history on the show. 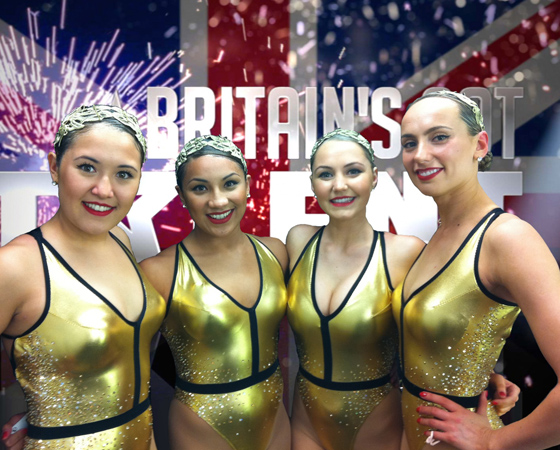 As the first act of its kind, and now with almost 12 million views on youtube, Britain’s Got Talent finalists Aquabatique captured people’s imagination and opened up a whole new world of possibilities for water based entertainment. Synchronised swimming as it had never been seen before, fully submerged performing underwater in a portable, glass tank.

Over the past four year’s Beth, Jazmine, Emily & Zoe have been busy spreading the love for synchronised swimming by performing at a wide variety of corporate and private events and working on various on screen projects such as A League of Their Own and music videos. There are too many projects to list but here are three highlights that stand out:

Nivea had the inspired idea to put a glass tank of water in London’s Covent Garden and invited women to join them for their first dip of the summer. Aimed at promoting skin-confidence and building a sisterhood of daring and body confident women, Nivea approached Aquabatique to perform between ‘dips’ to keep the lively crowd entertained. The campaign was hugely successful gaining huge amounts of media coverage and Aquabatique are very proud to have been part of such a fantastic campaign with a well established brand. Nivea had this to say ‘The Aquabatique performances were amazing and really added to the overall atmosphere of the event’. 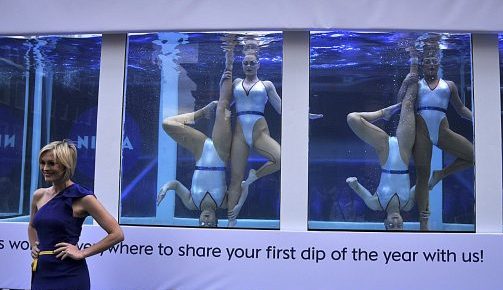 With innovation and creativity at the core of Aquabatique, the swimmers were delighted to be selected by Stella McCartney to perform at her very original and unprecedented event to showcase her SS14 collection for Adidas during London Fashion Week. Performing in one pieces from the exquisite collection, Aquabatique proved that Stella McCartney swimwear is not only stylish but fit for purpose. The launch was a massive success and the image of Stella and Aquabatique gained worldwide press coverage from publications such as Vogue, Elle and the New York Times. Stella had this to say ‘I love it. They are amazing! It’s not the sort of thing you see at London Fashion week is it?’ 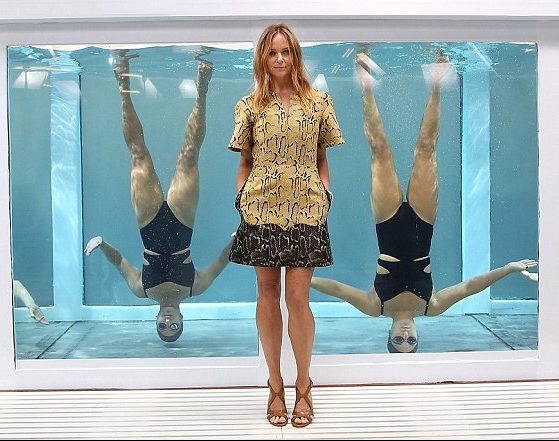 Even the water tank has become a star appearing on Game Shows such as James Corden’s A League of Their Own and other top shows across europe.

Tasked with producing a new long term underwater show for Yas Waterworld, the largest water park in Abu Dhabi, The Business Creative contacted Aquabatique after being inspired by their performances on BGT. Boasting a purpose built water tank in the centre of the park, Yas Waterworld needed a new exciting show to increase footfall to the area where pearl diving experiences and merchandise were being sold. Creating another first of it’s kind show, the performances have been hugely successful and loved by all visitors. The Business Creative had this to say ‘Their skill, versatility and attention to detail is second to none. We are extremely excited about the production as a whole and really proud to be working with such experts in their field’. 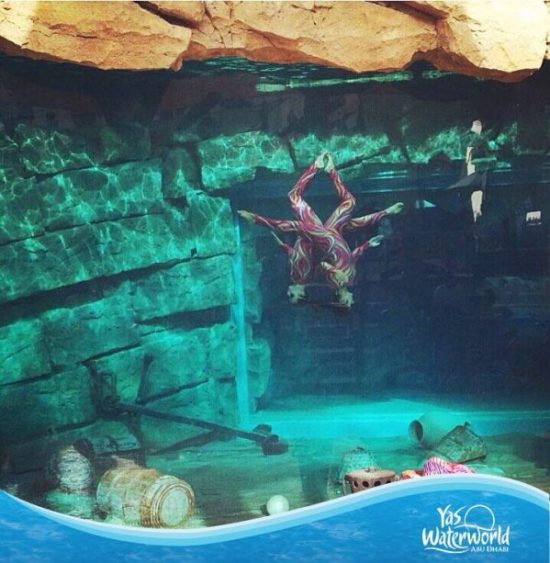 When the swimmers are not in their beloved water tank, they go back to their roots and perform for Aquabatix at lots of wonderful events in fantastic swimming pools worldwide.

With enquiries coming in from all over the world, who knows where Aquabatique will be synchronising next, so look out for them and maybe try a few moves of your own when you next hit the pool!